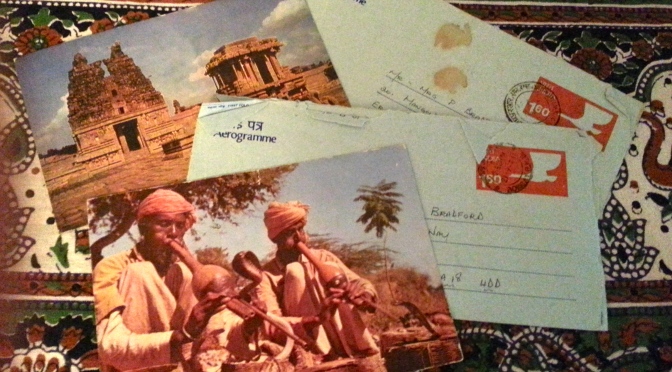 When I returned to Australia after six years, my mother asked if I wanted the letters I’d written her during that time. I foolishly brushed the idea aside and have regretted if every since. Those memories were tossed in the bin.

But yesterday, I received a package from my sister whom I also wrote to during my six year adventure and four of those letters were from India. I read them with glee hoping to stir memories from the past. What I found was, over the years, I’ve glossed over the ugly stuff (like my Delhi belly in Mumbai that I completely forgot about) and I’ve remember mostly the best of India.

Though not realistic, isn’t that a good thing?