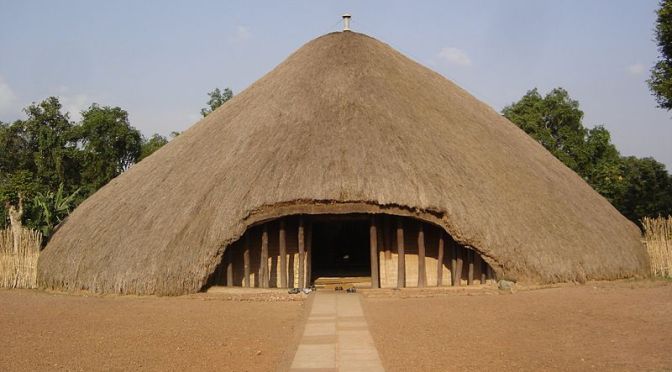 Photo courtesy: not not phil – Wikimedia.org

Because I didn’t keep records of my early travel, I recall little of Kampala except a visit to the Kasubi Royal Tombs.

Like Europe, Africa had it royals. Uganda was no exception. A Ugandan king or kabaka, ruled over the Baganda people, living in the richest part of the country. All that remained of the kingdom was the burial place of four of its kings situated on one of the seven hills that made up the city.

I walked into the large thatched roof structure to find a few relics from their glory days. During colonial times the Baganda king had refused to accept British authority over his people and land so the British deported the king, seizing power of the wealthiest part of Uganda.

I think it was not long before my visit, his remains were returned to the country. It was a way for Idi Amin to curry favour with the Baganda peoples who had been treated badly under both the British and Obote.

This location features in a chapter in my novel set in Uganda that is presently being submitted to publishers.