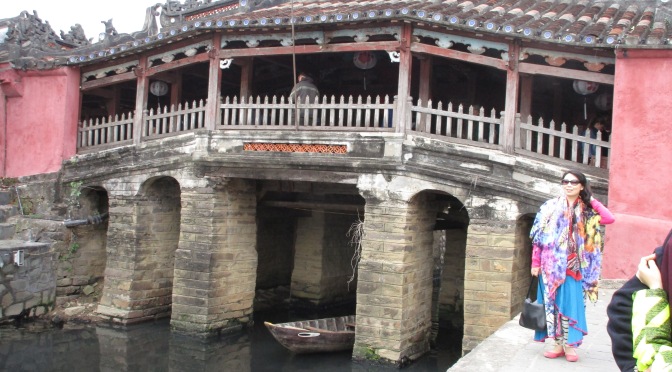 This old town on the Thu Bon River was roughly half way between Saigon and Hanoi. The buildings were mostly yellow with white trimmings influenced by the Chinese and Japanese traders as well as French colonialists.

I wandered into 200 sometimes 300 year old houses as well as shops that sold everything from clothing and jewellery to leather handbags and tailored suits.