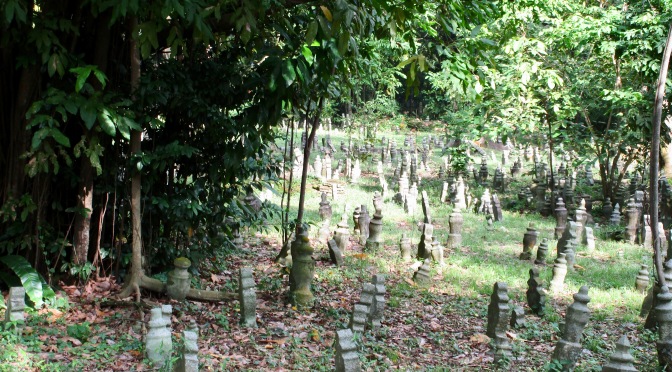 In the same block as the Arab Quarter’s Malabar Mosque were both an Old Malay and a Muslim Cemetery.

I passed the blue tiled masjid and entered the lush grounds where I met a local Malay who worked in different countries as a crane driver. Between jobs he volunteered to keep the cemetery grounds in order.

He explained that the Sultan and his family were buried in the enclosure where he lit mosquito coils to fend off the biting insects. Outside the small compound, were markers where other Malay members were buried.

Across the road was another burial site. Enclosed by luscious trees and shrubs, markers rose from the ground.