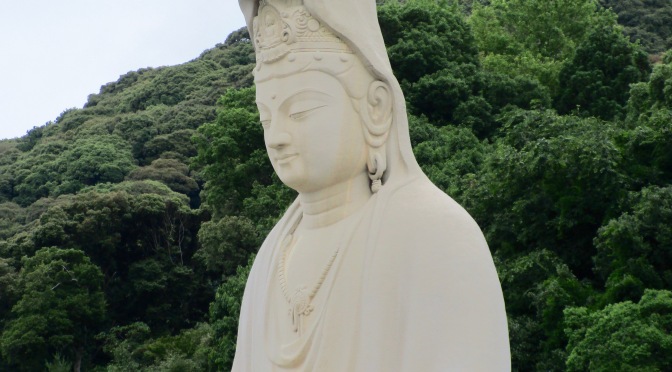 Within the grounds was a memorial hall in memory of over 48 000 foreign soldiers who perished on Japanese soil or territory under their military control during World War 11. The giant statue commemorated the Japanese who died in the same war and for the establishment of a peaceful Japan.