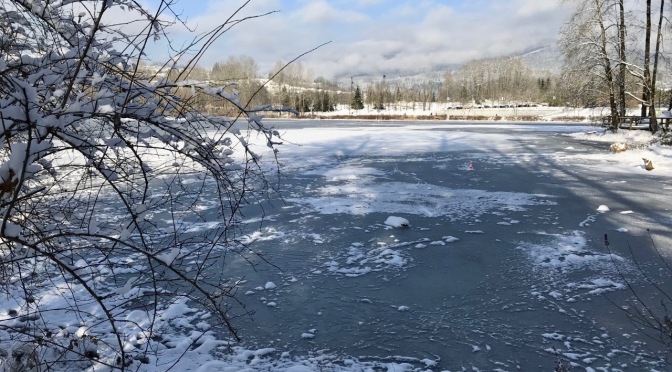 I’ve witnessed Lafarge Lake throughout the year, but it’s not a real lake — it’s human made. The location was once a quarry, but in the 1970s it was turned into a lake that’s eight metres at its deepest and covers five hectares.

Just outside Coquitlam City Centre Park where the lake is situated, is a giant frog. According to Trent Hutton, like a tadpole morphing into a frog the old quarry changed into a lake.