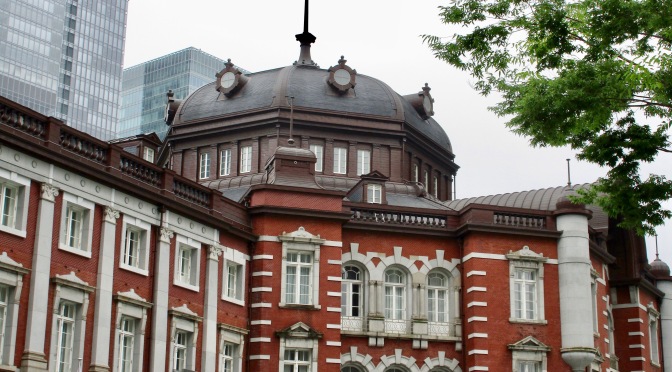 Like Kyoto, it was hard to spot any tasteful modern buildings in Tokyo. Because there was a rush to build after the Second World War, perhaps less thought was given to design and more to necessity.

The only stylish buildings I spotted were two not so modern ones. The first was the Tokyo Station Hotel connected to Central Station that appeared to be a favourite backdrop for hoards of students around town. The second building housed the National Diet Library and the International Children’s Literature Library.

I entered this building past a tasteful staircase before I discovered a restaurant with friendly helpful staff where the most expensive lunch meal was only 720 yen that included miso soup and coffee.