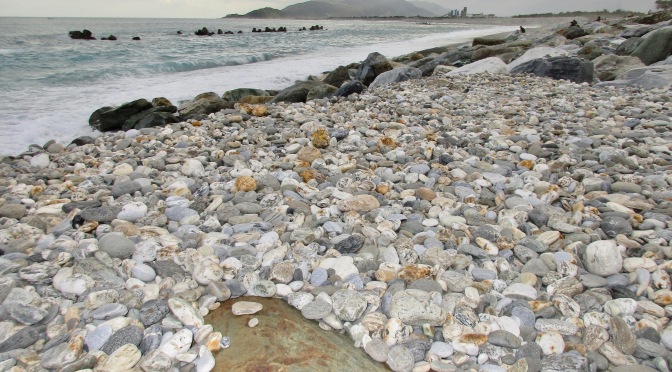 On a twenty-eight degree afternoon I strolled along Hualien’s promenade where the crashing waves blocked the sound of traffic. By the walkway was Pacific Park, Nanbin section, where a giant Buddha gazed down on its surroundings.

I’d come especially to be by the sea and a beach, but there was little beach. I’m guessing that much of the shoreline had been washed away in a recent typhoon, and to protect the remaining coast from further erosion, large boulders had been dumped by the water’s edge. Additionally, fifty metres offshore cement pylons were clustered in the water to weaken the strength of pounding waves. 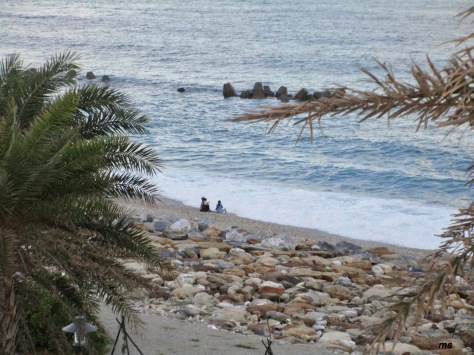 I meandered as far as a spot where there was a tiny bit of gritty dark sand no more than a metre from the pile of boulders. This was disappointing, but a problem on many east coast beaches, and not merely in Taiwan.