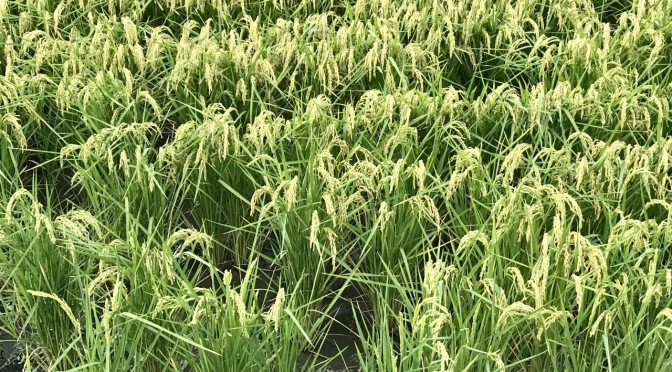 I didn’t expect to find any crops growing as I made my way to my Taitung B & B. With scooters whizzing passed I was surprised to spot several fields of rice that looked like they were ready to harvest. I crossed a bridge and below in the grassy riverbed were wild cows. Another female and her calf meandered under the bridge while traffic groaned overhead.

From the train on the way to Taitung I’d spotted a cactus like plant. When I discovered it again on the way back from Donghai Wetland Park, I stopped my bike to take a photo, and was told by a woman who thought I was in difficulty that it was dragon fruit.

But sadly, Taitung was not like Taipei when it came to garbage. I’d spotted numerous garbage collectors in the capital. I’d even seen several go through trash already in bins and sort it into the correct bin. Train stations were immaculate (like Taitung’s) and trains were squeaky clean. But so far, I hadn’t seen anyone clearing the cigarette butts and plastic containers that I spotted even thrown in a rice paddy field.