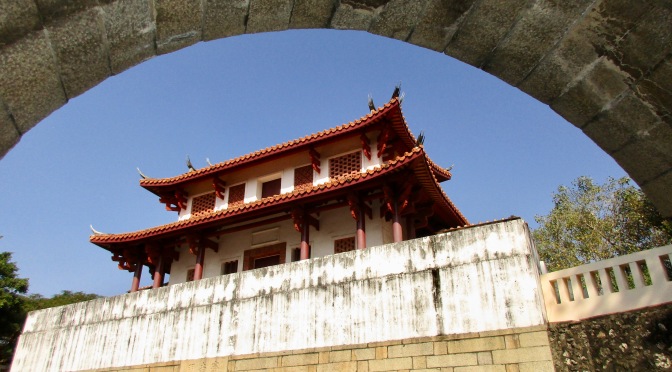 The Great South Gate was one of only two main gates still remaining from seven that once existed around Tainan City. The original wooden wall that kept out enemies was built in 1736.

I entered under a thick arch entrance, and climbed steps to walk along a part of the remaining barrier that was no longer made of wood. Since there was a park spread out below, it was easy to imagine how easily an enemy would have been at a disadvantage.

The main building was located at the highest point. Although it was locked, I was able to wander around the rest of the historical site that was almost deserted.