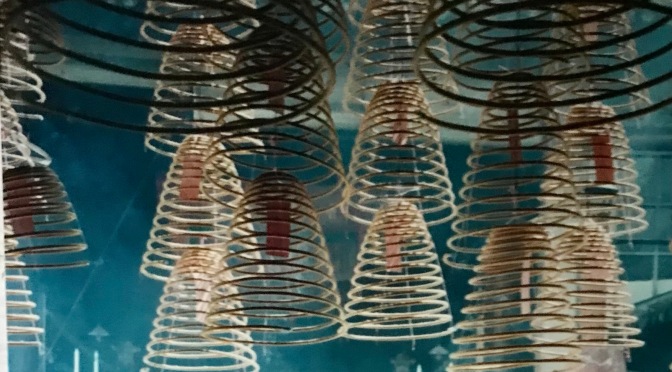 We arrived in Kuala Lumpur from Medan in Sumatra and spent three days roaming markets and exploring the city. KL had changed since my previous visit before my youngest daughter had been born. Modern buildings extended skywards. Footpaths were easy to navigate. And the city was vibrant. But remnants of the old still existed, like the Chinese temple with its overpowering infusion of giant incense coils.

The region had undergone colonialism from the Portuguese grip on the nation to the Dutch and finally the British with European greed for the country’s wealth and location. The aftermath meant an influx of Indians who had been brought to the country as labourers. Their presence was still apparent in the city.

But it was time to head south.