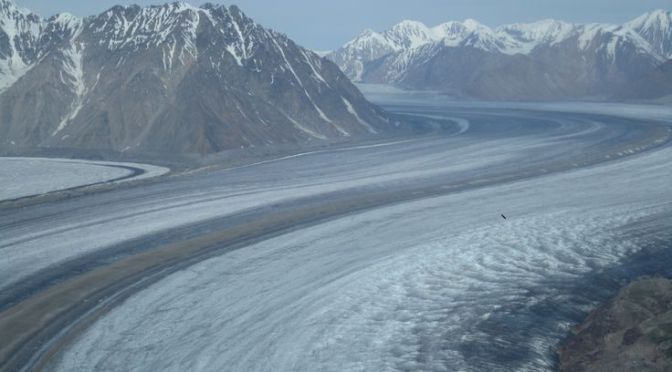 I caught a private bus to Whitehorse where I rented a car. The Yukon’s capital lacked the atmosphere of Dawson City, but it still had the Yukon River powering past its door.

From Whitehorse I drove to Klaune National Park. After a hike overlooking Klaune Lake, a bald eagle swooped down over my car. I slowed and noticed what was probably its partner, perched by the roadside.

In Burwash Landing, a tiny town on the Alaskan Highway, I entered the Klaune Museum. The building was small but packed with a range of Arctic animals and Tutchone displays—and the right size for someone like me who was not overly keen on museums.

On my last day in the national park, I took an hour-long flight over some of Klaune’s glaciers. According to our pilot, the skies weren’t clear enough to glimpse Canada’s highest mountain—Mt Logan at nearly 6 000 metres. It was hard to comprehend the amount of snow packed on top and between the mountains while flying over the glaciers. Our guide said the river of ice was forty metres deep. Even my photos can’t do justice to the huge amount of snow that had accumulated.