Driving was relaxing because there wasn’t half the traffic on Canada’s east coast as the west coast. Plus, I got to admire the millions of lupins that showered their purple, pink, and white flowers by the side of nearly every road. (Featured image: by Masons Beach Road, Lunenburg). BUT the potholes on secondary and some major highways! Driving to Hopewell Rocks, half the road had washed away in several stretches. On one highway there were reminders that moose crossed the road and between watching for moose and dodging yet another pothole, this was a challenge. It appeared that the road crews couldn’t keep up with the amount of damage from the harsh winters.

END_OF_DOCUMENT_TOKEN_TO_BE_REPLACED

Two thirds of the way up New Brunswick’s eastern coast was Miramichi with a bay of the same name to its east and Miramichi River on its doorstep. Unlike Bouctouche, this was an English town. In the 1800s the river carried thousands of logs to some three hundred sawmills on the waterfront.

END_OF_DOCUMENT_TOKEN_TO_BE_REPLACED

Between Bouctouche and Mirimichi on New Brunswick’s east coast was Kouchibouguae National Park. I arrived late in the afternoon after travelling from Hopewell Cape and touring Bouctouche first, so I only took two short hikes. A boardwalk stretched over Little Gully to sand dunes at Kellys Beach. This was home to shore birds such as the endangered piping plover, osprey, blue herons, and the common tern. From the midway point, a tern kept hovering above the water before it dived-bombed into the sea catching small fish. In fact, Canada’s largest tern colony nested within the national park. Birds like sandpipers and sanderlings combed the mudflats and beaches searching for food.

END_OF_DOCUMENT_TOKEN_TO_BE_REPLACED

Driving from Moncton to Fundy National Park, highway 114 was in disrepair. The road was full of patches, potholes and dips. In places, part of the tarmac had crumbled away and there was only one lane open to traffic. What a relief it was to turn off onto the road that led to Cape Enrage that was smooth and just as well as there were several sharp turns on the six kilometres to the lighthouse.

END_OF_DOCUMENT_TOKEN_TO_BE_REPLACED

Fundy National Park by the Bay of Fundy just eighty kilometres east of St John was originally home to the Mi’kmaq and Maliseet First Nation Peoples and home to the meeting place of two systems—the marine coastal environment and the Caledonia Plateau environment. Because of the acidic soil, early European settlers exploited the timber for St. John but didn’t farm the region. By the late 1940s the area was designated a national park and opened to the public in 1950.

END_OF_DOCUMENT_TOKEN_TO_BE_REPLACED 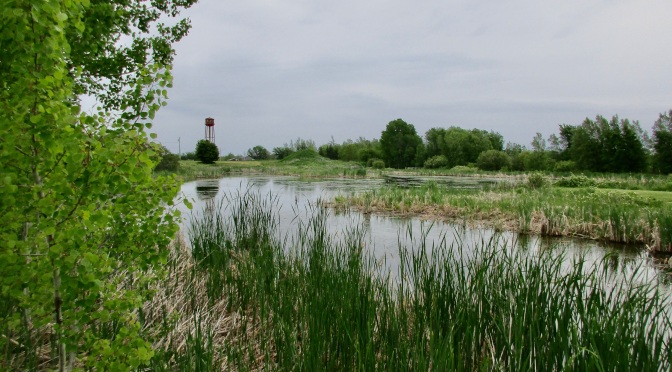 This quaint village just south of Moncton was originally settled by Acadian farmers back in the 1600s. They were the only people in North America to farm below sea level on marshy salty land thus causing little conflict with the region’s Aboriginal people. The Acadians constructed a complex system of earthen dykes by the Petitcodiac River. Into the dykes they built wooden sluices that when open allowed fresh water to drain from the newly claimed land. When shut, the sluices kept out the salt water at high tide. This land then sustained both crops and livestock. With this successful farming method, the original sixty-five Acadian families increased to one hundred and sixty by the 1770s—many moving to the French community to avoid being under the British.

END_OF_DOCUMENT_TOKEN_TO_BE_REPLACED 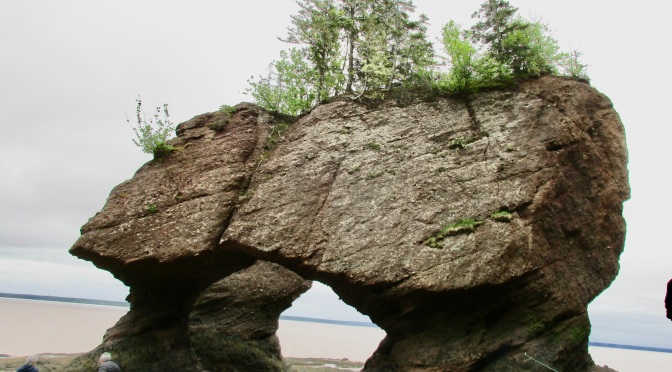 This provincial park is situated by the Bay of Fundy where one hundred billion tonnes to water flows in and out of this narrow bay twice a day. Because of the enormous amount of water, the water level rises by two metres per hour, meaning the level can rise as much as fourteen metres, depending on the position of the moon and sun. It is not surprising that this bay is famous for its giant tides.